If you don’t use it, you lose it. People say this often about second language learning, and really, most everything except riding a bicycle. It’s true, too, about blogging. For years I had a regular blogging practice, changing format, tone and location whenever I was ready for a change. In the past couple of years, my blogging has gotten more sporadic after dramatic shifts in my daily routines. Sometimes I miss it, but I’m not quite sure what to say. So I think about blogging, but leave the page blank.

Beginning April 28, I started a blogging challenge. My goal is to blog something every day through early June. The early going has proven as challenging as I expected it might be. I do expect as time goes on, I’ll write more reflections and musings and commentaries. But for now, I may rely on stream of consciousness, curation, and graphics to get back in the groove.

I have DVD programs for cardio, strength training, and yoga, and I’ve relied on these for years. On running days, I wake up and I jog the same trail, albeit different distances, on a regular basis. There are good reasons to avoid the same routines and paths, but I embrace the repetition.

Today was a strength day, so I whipped out my barbell set and selected a DVD from my strength program. The workout was surprisingly easy. When I am well, I can finish the hour-long program in an hour.  I compare that to two days ago, when I was in the early stages of recovering from a cold. Fatigued, and probably a little behind on calories, I had to stop every 5-10 minutes for a short break. Tuesday’s hour-long workout took more like 75 minutes. I like doing familiar routines because it allows me to objectively assess how I’m doing that day. Am I phoning it in, or am I doing my best, even though my performance is lacking? Did I eat enough, did I eat the right foods? Am I doing too much? Should I stretch or rest tomorrow because my body needs a break?

I can ask myself these questions because the routines leave mental space available for contemplation. I think it’s important to tune in daily and assess how you’re doing – mentally, physically, and in all areas really. Since I typically exercise early in the day, I can adjust my plans based on what I’m discovering in my early morning movement.

Do I ever bring in new programs/routes? Yes, whenever it’s time! After all, the point of the sameness is listening to what my body needs. And every once in a while, it asks for something new.

I’m with Blue and the kids in Indiana. We’re up here for his family reunion. Lots has been going on in the past several weeks, but all of my writing about it has been private, thus far. It’s time to start blogging again and I have a few updates coming soon. Today I just wanted to peek in and wave hello.

It’s always an interesting exercise to blog every day for 30 days. As the month wears on, it gets alternately easier and more challenging. Mostly easier. I look back and realize there were a couple of interesting posts in the jumble of freewrites, last-minute entries, and comments on other people’s writing. That’s nice to see.

I have a little over a week in this particular challenge, and as usual, I’m thinking about my public vs. private writing. The things I want to write about and the things I end up blogging are often different. I have mixed feelings about this. But as this is my fourth time engaging in this sort of daily blogging practice and my findings have been the same each time, I’m going to act on the findings instead of opting to collect more data. 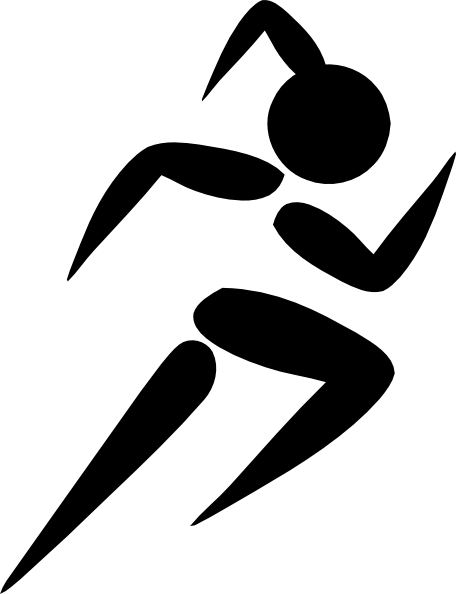 Today I ran. It was my 6th run this year. I started at 2.20 miles the first run, and have been steadily increasing a bit each run.

I’m thinking of making 5 or 6 miles be my new standard, or perhaps running 7 miles once a week and keep the other runs short (and faster with intervals).

I’m going to leave you with a quote I saw this morning; one of my long-standing favorites. It’s attributed to Goethe, but it seems unlikely he actually wrote it. Still, it vibrates with power, and isn’t that the best way to start off the work week?

Whatever you can do or dream you can, begin it. Boldness has genius, power and magic in it.

I’ve been sweeping away cobwebs, opening taps, stretching writing muscles. This is blog entry #15 in 15 days, and as usual, I’m glad I opted for the challenge. Also as usual, there are pros and cons to posting every day. But the benefits outweigh the drawbacks and I’m glad to get back into a writing rhythm.

For now, I shall continue with my daily entries.

To strive even higher, to do even better—the creative process is a desperate struggle to go beyond what we were yesterday. It is a battle against resting on our laurels, against the fear of losing what we have. It is an adventure into unknown territory. ~Daisaku Ikeda There’s been a lot on my mind in recent weeks. Days. Hours. Even just now as I started to write this entry, I decided against any number of topics and decided to simply say hello.

I’m being indecisive, but I’m almost sure this is my first entry in another #30in30. Once in a while I challenge myself to blog every day for a month. Generally I decide on a whim and just go for it.

I’ve felt a little stuck with my writing lately. No shortage of ideas, but time is at a premium as of late. Maybe this will help me work around and through a few things.

Here’s to the ride. You coming along?

I awoke to find an email from WordPress, detailing the milestones and stats for the year. My top posts included a brief remembrance of my mother, Marla’s narrative on living with lupus, and the introduction of the Joy Jar – a beautiful idea I may revisit in the coming year.

I also began writing about sexual violence and I spent a good deal of time pondering a theory of love, something I plan to do a great deal more of in 2014. My thinking and writing are always evolving and it’s enlightening to see what resonates from month to month and year to year. I hope you’ll continue to join me on the journey.

Wherever you are in space and time, I hope you are winding down the year with an abundance of peace and joy. I pray the dawning year is full of beauty, love, and good cheer. And if you should wish it, a standing ovation… 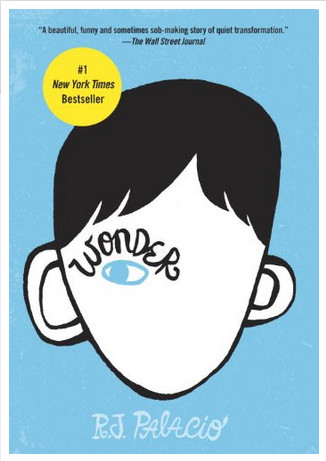 “Bravo!” I heard Dad yelling through his hands.

“Why is everyone getting up?” I said.

“It’s a standing ovation,” said Mom, getting up.

So I got up and clapped and clapped. I clapped until my hands hurt. For a second, I imagined how cool it would be to be Via and Justin right then, having all these people standing up and cheering for them.

I think there should be a rule that everyone in the world should get a standing ovation at least once in their lives.

I debated yesterday and today about what kind of entry I would write for my last 30in30 this month. I wondered if it would be a roundup of the top posts of the month. I considered featuring my favorite posts. I pondered whether or not to share my my girlfriend’s story about lupus (spoiler alert: coming soon).

Today during dinner, there were unexpected fireworks. I thought about posting that story, including the fact that several patrons ran out onto the balcony just to witness the display.  We all clapped at the finale.

But the truth is, I’m sleepy. It’s past my bedtime and I’m just happy I made it through another challenge. As always, I learned a lot about myself and my life during the past 30 days. I’m in a completely different place than I was during the last challenge this March. I’ve moved and I’m acclimating to a different way of life. The promise of new employment came and went. I’ve gotten my running mojo back. Surprising story ideas are brewing. And I’ve made small but significant strides in my professional life.

Lots going on. And in the middle of it all, I wrote one post every day for the past 30 days. For the time being, I’m planning to pull back a bit. I want to try something new…

My goal is to write one post per week. These may be more developed than my previous posts. Not sure yet. I like the discipline of a regular schedule, but every day isn’t sustainable. So this is a compromise I’m trying out.

We’ll see how it goes.

In the meantime, do you have any topics you’d like me to write about? Share your thoughts in the comments.

Last, but not least: Congratulations to me!

Knowing that to give up is to be defeated by oneself, continue single-mindedly to take small but significant steps in the shaping of your destiny. ~Daisaku Ikeda

#ThankfulThursday y’all! Health& healing, the brand new lil person who sings below me, music & the way it moves, the gift of song @ndcollier

The past several Thursdays, I’ve seen Anika tweet simple gratitudes. As I was sitting here admiring today’s gorgeous weather, I thought it might be nice to do a couple.

Your turn! What are you thankful for today?

Would you ever want to run for public office? Why or why not?

No, I don’t have interest in holding public office, much less going through the stress of running. That being said, I am interested in politics and I would consider being more involved in the political process if the opportunity arose. It’s been on my mind a lot lately:

What is the best way to get progressive women involved in local politics? And not just involved, but have a fighting shot? #p2 #fem2

I’m not a PR person (despite my first job out of undergrad). But I do think smart, progressive women need a voice in local government.

My tweets mention local politics in particular, but I believe smart, progressive women need a voice at all levels.  You can’t get to those larger platforms without standing on smaller stages first, and quite a lot of important decisions are made at the state and local level.

As for my involvement, there are a few things I would consider, albeit behind-the-scenes.  To begin with, I would compile research for key issues, conduct briefings, or write speeches within my areas of expertise.  I also think it’s important to contribute to the broader discourse on complex societal issues. To that end, I would like to work for a think tank, or design and/or conduct research. I want to understand and amplify stories that are often marginalized, and help those who would most benefit from forward thinking, heart-centered policies.

Although I have no intentions of throwing my hat in any rings, I will look for ways I can help create a more loving society.